Do Not Worry About Barriers

In the future, it’s my dream to open up safe houses for children aging out of foster care. They’re the ones who are going to make changes in the world, and they have more obstacles to overcome than most people do. 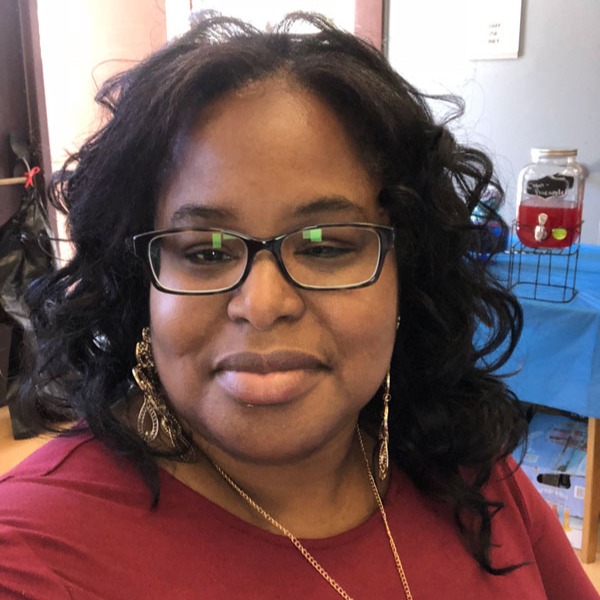 Growing up in Poverty

I grew up in a town called Richmond, California. It’s in the Bay Area. My dad wasn’t in the picture, so my mom had to raise my three siblings and I on her own, with help from my grandma. We were very poor. We lived in a dangerous area in the projects. Unfortunately, my brother was killed when he was 27. He was in a fight and a guy pulled out a gun and shot him. It was the most traumatizing thing that’s happened in my life. I had to find a way to keep going.

My mom was definitely my role model growing up. She was so independent. She worked at a group home, at a bank, and as a waitress. She was always working hard to provide for us. I felt like an outcast in high school because I didn’t have a lot of the things other people had. But in a way I’m thankful, because when my friends started smoking and drinking, I just focused on school. I was an honor roll student.

I went to college in Oakland. I paid for it through financial aid, scholarships, and loans. College really opened up my eyes to the world. I loved meeting people from such diverse backgrounds. I ended up dropping out because my grades were slipping and I already had a lot of debt to pay off. I couldn’t handle the pressure. I think if I had a better support system, I probably would have stayed in school. Everyone close to me told me to come home and go to work, so that’s what I did.

In 2013, my aunt got sick, so I moved to Georgia to take care of her. I had just gotten laid off from my job, so I was excited for a fresh start. Before I left, I cleaned up my credit. I wrote dispute letters, paid out some old bills, and made arrangements for my student loans. My credit score was pretty good; I think it was 650. So I bought a car and drove to Georgia with my sons. I heard the rent there was cheap, but I didn’t realize I would be making much less money than I made in California. My first job there was working the night shift at a group home. I only made $8 an hour.

Suddenly I was falling behind on paying my credit card bills, and I had to turn my car over for voluntary repossession. I got another car from a Buy Here Pay Here lot. I could afford it, but there were all of these issues with the engine, and they wouldn’t let me trade it in. I gave up the car and paid cash for another one. On top of that, I had to buy all of this new furniture because I sold everything before I moved. My credit took a huge, unexpected dive in Georgia. It was devastating. I went there to get a fresh start, and instead I fell into a financial hole that I couldn’t find a way out of.

My family moved back to California and I got a really good job at a medical clinic. Then, I was notified by an attorney that they were going to garnish my wages. I was referred to the bar association, and I found out that I had over $50,000 in debt. It was horrible. Of course they had been charging me excessive interest rates, but I couldn’t believe how much I owed. I was so overwhelmed.

I decided to file for bankruptcy earlier this year. I wish I could have paid off my bills myself, but I don’t make enough money to pay for two $25,000 cars. The debt would have taken years to settle. I just wanted a clean slate. I was nervous to file for bankruptcy without an attorney handling the paperwork, but the process was easy and everything worked out. I want to purchase a home now that we’re back in California. My husband and I have great jobs and my kids are getting older. I’ve been speaking to some mortgage loan officers and they tell me that I’m not out of the ballpark, so I’m hopeful!

I now work full-time as a drug counselor, and I have a part-time job at Target to bring in some extra money. My boys play sports and those are expensive! I probably make $50,000 a year altogether. My major expenses are my car lease, utilities insurance, and life insurance. I have a secured credit card through Capital One. I was actually able to get it right after I filed for bankruptcy. Since then, I’ve been working on changing my financial habits. I try to pay with cash as much as I can, and I save. I have this app called Acorn that takes the spare change out of every dollar I spend, and that money adds up super fast.

Looking to the Future

In my life, I’m most grateful for my sons. It’s amazing to watch them grow up and see that they’re not making the same mistakes I made when I was young. I always tell them how important it is to go to college. There’s no better way to broaden your horizons and learn different ways of looking at the world. I think my biggest accomplishment was going back to school to get my bachelor’s degree.

If I could speak to my younger self, I would tell her not to worry about the barriers she will face. Just keep going. And I would tell her that that life is full of choices. Never forget that.

In the future, it’s my dream to open up safe houses for children aging out of foster care. They’re the ones who are going to make changes in the world, and they have more obstacles to overcome than most people do.