As a substitute teacher, we say the Pledge of Allegiance every morning. I'm still touched by that to this day. It's so great to hear the little voices, whatever age, the voices say it. It's inspiring. We're an inspiring place. 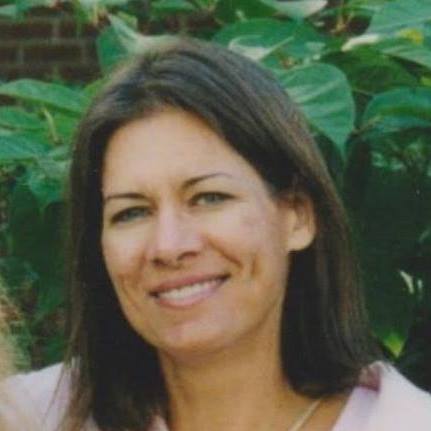 I grew up in a small town on the US-Canadian border in New York State. It's closest to Montreal and Ottawa, so I'm kind of Canadian, in a way. It was a pretty remote area. It was a blue-collared town so we had GM, Reynolds and Alcoa up there, and it was extremely cold up there.

It was a perfect little American town. Growing up, the population was was 15,000. Main Street was the main focus. At Christmas, Main Street was done up. At 4th of July, there was a wonderful parade up and down the Main Street. That was before the time of Big Box, or Walmart, or any of those. They have them now but when I grew up we didn't have any of that. We had the Jeweler, the Hardware Store, those kinds of things. It was very community-oriented. My dad was a lawyer, my mom stayed at home. Everybody was really hard-working. Everybody was really grateful for a job. Everybody, including me and my four younger siblings, was well behaved. It was very nice.

In particular, I looked up to my ballet teacher. She was strong, she was kind, and she was happy. She just brought life to all of us kids. She was beautiful, and she was bigger than life. But even though I loved to dance, I’m not a dancer. My favorite subject was always English and Language, and when I was ten I decided I wanted to be a novelist. It was a way to entertain people, first and foremost. And you could also talk about serious things in life. How we ought to live? How we do live? Why we're alive, and what's the point of being alive? Why do we love and who do we love? For me novels really address the big issues of life and the things that are actually important in life. And then you put that into an entertainment, into a story, and create characters that talk about those things. That's still what I love the most, and so that's what I’ve pursued my whole life. I have written a novella, which is a series of short stories that are connected. And I have a draft of my first novel, that I have to revise, and I’ve started a second novel. It’s really who I am.

Leaving Home to See the World

When I graduated high school, I went straight to college. It was a culture shock after growing up in such a small town. There were people from New York, Connecticut, New Jersey. It was a city environment, not the remote, country landscape that I grew up in. So I transferred back up north near my hometown to a different university. I also continued to pursue creative writing, rather than journalism. I was studying literature, history, sociology, religion and philosophy, which I knew it was going to be important in trying to put together these stories.

I worked hard to pursue writing. I knew I had to travel. I had to meet people. I had to learn about people, in order to be able to write about people and to write characters. My entire life focus has always been to go places I was fascinated by -- to meet people, to understand ways of life, and to work a lot of different jobs to understand what is it like to be that type of person, what makes them tick. Along the way I got a Master's in Counselling Psychology and did a semester in London, which was a part of understanding people, too.

When I graduated, there my dad was waiting. And you know what he did? He got me a job as a newspaper reporter with the local paper. I loved to write, but I'm not a reporter. I had shunned journalism. I worked that job for 4 months, but I had met a guy in Ireland, who was living in Northern California. My interest was always broadening, finding out different places and different people. So I left my job to move there.

I got into a graduate theatre program out there, and did that for six months. But things didn’t work out, so I moved back east. I got a job as a hostess in a bookstore café. It was fun, and it was a loose job. I always try to keep my mind loose, so that I can concentrate on story, plot, character, experience, feelings, and processing. Plus, there were all these good books there. I could buy one or read it while I was there, and I was always near books. I ended up working different jobs for a while after that, and moving around. But I eventually came back ended up in Cambridge for six years, working for a professor at a local business school. It was the life. That was my favorite part of my life so far. The people I met and the things I had access to were fabulous. I was working survival jobs, so I was hustling, but it was such a great environment for arts and for the intellect.

I met a guy in Cambridge who actually lived right across the street from me. We both worked for the same couple. He worked for the husband and I worked with the wife. He was from Texas, and so we moved back there and I was married for 13 years. That's where I built up strong credit. We were saving a lot of money so we just got a 50-50 divorce when we divorced. There were no hard feelings, and we're friends. He was good with money and he was good at his business. So I was all set, while I was there.

But soon after the divorce, I started getting into debt. It was in 2008 before the big crash, banks were just handing out money. A bank sent me three credit cards. I was in the process of moving back to the East Coast, so I really needed that credit line available. I had no way to support anything like that. But, I had it and I needed to leave Texas. I don’t have a profession per se. I was a part time teacher. I was using the credit cards to live. And that's how I got into the trouble.

I was in a tough place. The bank delivered papers to my doorstep and I struggled with that for a year. I didn't really know what to do with them. They started breathing down my neck, and next thing I knew there was a court date coming. I really didn't have any money, I was just substitute teaching. I called a free legal service. I told them I had a court date and I didn’t know what to do. And that's when the director talked to me a little bit and he said I should file for bankruptcy.

I had always been taught bankruptcy is a very bad thing. You're not supposed to be a bankrupt person. It's a very bad thing to do. That's all I knew about it, so I never even thought of going bankrupt at all. But a friend of mine had filed for bankruptcy twice, and he thought it was a good idea. I talked to him, and asked what it would be like if I did go bankrupt -- what does that exactly mean? I didn’t know much about the whole process.

All the way through the bankruptcy, I was in turmoil. I was very depressed, very anxious, very humiliated. I didn't understand bankruptcy until about three months before I finished and completed my process. I didn't feel good throughout the whole bankruptcy process until my very final day of it, which was August, 27. I went before a trustee and I sat down with them. And then I understood that the debt would be taken away. They were definitely going to do that. And that's when it was okay. That was the first time it was okay.

I had been been working so hard to pay off my debt. I was trying to work two jobs through the year to pay it back, but I was let go from one position. I would have tried to slowly but surely pay it back. I'm not good at numbers and I'm not good at math. I thought I was going to give them a little a bit of money here and there, over a long period of time, but I didn’t understand that it was going to be the rest of my life, that I would be giving the money out to these various parties. But without that burden, I felt free, I felt better, I felt relieved.

I came in from a very like, "No I should never be bankrupt, it's a bad thing, it's very frightening." And if a group like Upsolve can start from where people are, and then build into the hope and the optimism and the fresh start part of it, it can be life changing.

My financial life is very simple. I’m working with cash. It can be a little tricky work on a cash basis, but I don't have a debit card today, because again it's the math, I can't keep track of it. So I go to the ATM, I get a $20. It's not complicated, and I am not confused because I go to the bank and I can see my balance. So I know how much I have to work with and I can make decisions based on what I got on that little piece of paper.

This experience was difficult, but I got another chance. If I could give my younger self some advice, I might say to get a job, work the job, stay in one place. Find a partner, have a family and maybe garden or knit, everything that I did not do. But I'm grateful for my life. My perfect day is coffee, with non-dairy creamer, being able to work on my projects. A walk on the beach -- I'm near the beach. Cooking a good meal and watching a good movie or listening to new music. And I’m grateful for our country, and our principles and ideals. Sometimes we don't employ them. But what I do as a substitute teacher, we say the Pledge of Allegiance every morning. Put our hand over our heart and we look at the flag. I'm still touched by that to this day. It's so great to hear the little voices, whatever age, the voices say it. It's inspiring. We're an inspiring place.