Now I Can Focus On What I Love Doing

At first I felt embarrassed. I felt unaccomplished. But I learned that people in my family have filed for bankruptcy — even my father. Even my crazy strict father! 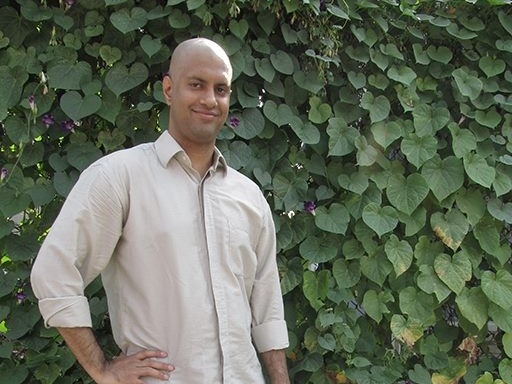 I sometimes wish I could go back and be a mentor to my 20-year-old self. To be there for guidance. I could have used it.

When I was a kid, I used to have such a bad temper. Especially when I first moved here to America. I’m not from here, I was born in Bangladesh. We were a middle class family there — I walked to school five, maybe 10 miles, like my parents did when they were young. When I was three, my father left Bangladesh to find better opportunities here, in New York. He would send money back home to us — my mother, my brother and me. My dad had all kinds of jobs — he served sandwiches and meats in a deli at first. By the time I came to New York when I was 10, he was driving a taxi.

I didn’t like New York at first. I wasn't used to the United States, and I would get into lots of fights when I was young. On the second day I was in New York — my first day of school — I got into a fight. I didn’t know why I was getting bullied. Racism, I guess. Discrimination. That’s what I grew up with.

And I’d fight back against those kids, and stand up for people who were getting picked on. They wouldn’t fight back, and sometimes I was the only one. There were good memories, too: my middle school sports days, playing dodgeball with my friends and basketball with my brother. I guess, sometime in high school I started to settle in — when I embraced all the different cultures and found there was a lot to learn from people. That was when I was like, “Okay, this is my home.”

I wanted to be lots of things when I was younger. I was a big fan of Malcolm X, of Tupac. They were trying to bring the change. In high school, I wanted to be an astronaut, because I’m fascinated with stars and space. And then I wanted to be a zoologist because I love animals. But I started to get away from that. In college, I studied to be a paralegal. At that time, I was living at home with my parents. That didn’t work out. See, my father and I were never really close. He was just really strict, and he had high expectations — a stereotypical Desi father, I guess. One day, it was halfway through my first year, I got into a fight with my dad. He kicked me out of the house. Suddenly, I needed to make rent, find a place to live. All at once, my family stopped supporting me. I dropped out of school — I was 21.

That’s when I started to have trouble with money. I was trying to find work. My mom was helping out with rent — she paid half, I paid half. It went on like that for a while. Eventually, my mom said she would forgive me if I just went back to school, or did something. So I did. I went back to college. I picked up business management.

Lost in the System

But I didn’t get to live with her long. In my last semester of school, my mom died. June 2009. A car accident. I remember that day. I… I became homeless. And after that — yeah, I had my degree, but I was just trying to get a job to survive. I wasn’t able to pursue what I really wanted. I picked up whatever job I could.

I stayed in a shelter for about 9 months. I tried not to spend too much time there, so I’d go to the library. I was studying, reading whatever I could. I would go into these job search programs, but that system is a big mess itself. They make you go look for jobs and at the same time try to get you into new places to get some part-time experiences, do some work. So I was trying to do clerical work and get that experience, but what happened is that the system lost track of me. It said one day that I didn’t show up at work, even though I went. So then I got removed from my spot in that job program.

Even though I lost that job, there was some money coming in. One thing that happened after my mom died is that my family filed a lawsuit. Wrongful death. We won some money. As soon as I got it, I paid for a year’s rent in advance so I could get out of the shelter and try to do things on my own. I got my security certifications and started working doing security for a few places. In February 2017, I started a new job. The job was okay. But I got stuck in this overnight shift, and couldn’t get out of it. My sleep was so messed up, so I was getting these terrible headaches. You just feel it in the temples and it affects your whole life. All that pain for just $14 an hour. After taxes, that’s — let’s see — approximately $2,000 a month. And I was paying around $750 for rent.

I was going to drop dead if something didn’t change. Then I got this letter. It was from Discover, saying “You have qualified for a personal loan. Give us a call.” So… I called them, and I thought to myself, “Dude, this is my way out of this job.”

And so I got this personal loan of $35,000. It was enough where I decided quit my job and get into trading stocks. At the time, it seemed like something I could make a lot of money doing, but I was under all this pressure … I didn’t know what I was doing at all. I was trying to make my circumstances better, you know, so I took on a crazy risk. Nothing about it was consistent. There were days I’m making $1,200 a day and days I’m losing $3,000. That whole, time, I’m racking up massive credit card debt. I looked back at the end of the year and I had $15,000 in credit card debt.

And then when December 2017 came around, I couldn’t make rent. I had so much debt and I didn’t know how I would get out of it. I just felt like I was useless, like I couldn’t do anything for myself. I didn’t have anything left. I had $200 in my bank account. So I tried to kill myself. Slit my wrists.

After that attempt, I ended up in the hospital. Once I got out, I tried to get help. I was out of options. I talked with one of my case managers at a nonprofit I worked with and I told her, “I gotta do something.” She helped me decide that maybe I could file bankruptcy so I could start over. But I had to consider — what do I do? Is this the best way? The thing is, I knew that once I filed for bankruptcy I’d probably never be able to get credit to buy a home, buy a car. But I had to do it, you know? It’s about survival. I just gotta survive. I need a clean start. Do I want this debt or do I want a fresh start?

I thought, okay, I need to do this. I need to file for bankruptcy. She found this nonprofit, Upsolve, and said, “This is for you. Give them a call. See what’s up.” I called them and they just took it from there. I got in touch with them, and they said, “Why don’t you come to our office.” And I got to meet one of the co-founders, and we just worked through it from there. He was just amazing.

I told my family, talked to them and let them know. They seemed shocked. They knew that I took out the $35,000 loan but they didn’t know about the other credit card debt I had. At first I felt embarrassed. I felt unaccomplished. But I learned that people in my family have filed for bankruptcy — even my father. Even my crazy strict father!

I was scared at first but now, a few months later, I am glad that I’m able to have a fresh start. The first thing I did, I tried to just pay back my rent. And — you know — after that I promised myself that I never want to go into debt again.

Now I’m trying to focus on what I love doing. I’m back at my security job and I have way better hours now. I’m working lots. I know I need to, to get my life back on track. I also started to actually learn about trading, and making some investments that are actually profitable. One piece of advice I’ll never forget is from this older man, another immigrant, who told me to save for retirement while I’m still young. That’s what I want to use my investments for now.

But what I really want to do is work with computers. I’ve started working to learn computer programming on my own. I started online, then with books and libraries. It’s probably my greatest accomplishment in life so far. I’m also starting to budget, to learn what I really need. I’m not a crazy spender. I want to save enough money to do what I want. Even though I may not be able to buy a home on credit or buy a car on credit, I feel like I just may be able to generate enough money in my life to buy them in cash.

There are some things I’m trying to work on about myself now — my confidence, for one. For so long I stalled and didn’t make strong decisions. But filing for bankruptcy, I want to be more affirmative about decisions like that. I’m so very grateful for this fresh start I’ve gotten from Upsolve. I’m happy I made that call.

I’m grateful that I still have my ambition. Some people, they would rather complain than doing something to change their life. But I did. Since I filed for bankruptcy, I’ve started learning about software, I’m trying to develop apps. I have a lot of ideas for the future, but my dream job is to be a project manager, to make something big.

I’m trying to give back to others a lot, once I figure my finances out. That’ll take time, and I know I didn’t have it easy, but there are people who have it worse than me all over the world. Maybe I can help change that.