I tell everyone about my positive experience with bankruptcy; how easy it was, and what a good thing it’s been for my life. If I can help someone who’s afraid understand how it can be such a positive thing, then I’ll be making a difference. 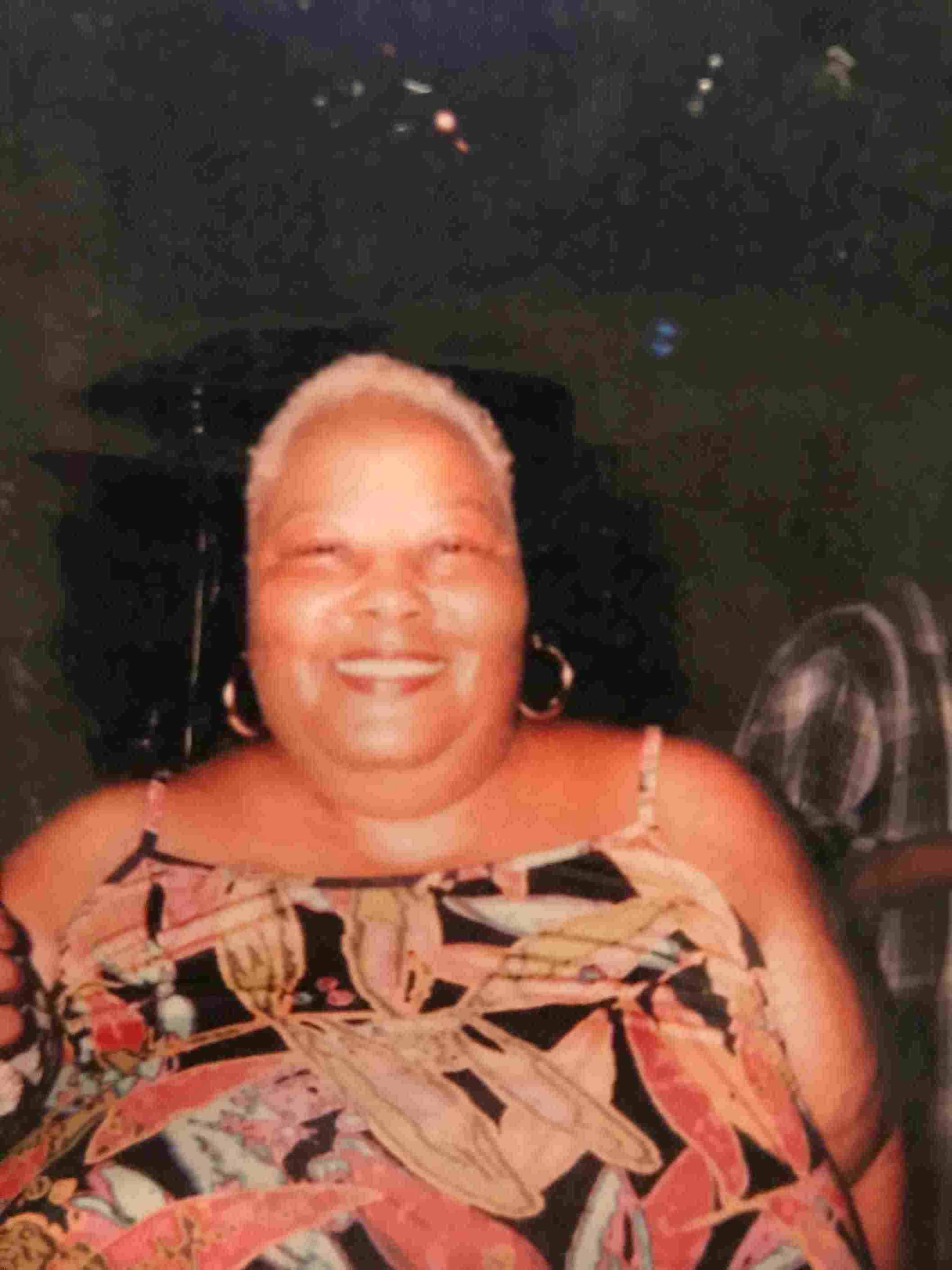 Lessons on Living in the Moment

When you’re living the greatest times of your life, most of the time you don’t realize it. I didn’t, and I think most young people don’t. It can also be hard to understand how big your debt is getting until the problem is too big. That happened to me, too, but I was able to find a way out.

My childhood in Pittsburgh in the 1960s and 70s was wonderful. I had a single mother – my father had passed away – plus two brothers and a sister. My mom dropped out of school when she was 16, and I was her first child. After she had the four of us, and once we’d all gone off to school, she went back and got a GED, then an associate’s degree, then a bachelor’s degree in social work. She climbed the ladder until she was a director of children’s services for the state. She was an incredible role model.

We weren’t very wealthy, but we always had a lot of fun, and we always had the things we needed. When other people had pork chops for dinner, we’d have beef stew, but we always had food on our plates. Our family was very close, and when things got really tough everybody would pitch in to make sure we were all provided for.

Maybe because my mom had worked so hard to get herself through school, my family was insistent on me going to college. I was 16 when I graduated from high school, and I went to college right away. I had my bachelor’s degree by the time I was 19. Those were some of my best days. I tell young people to appreciate the memories while they’re making them. It matters when you can look back later and say, “Wow, that was fantastic.”

When I finished my bachelor’s degree, I took a year off and then went to graduate school. I studied information science and communications, and I was always working. I worked from the time I was 13 years old. I worked for a radio station, and for Fisher-Price, and for a railroad company.

Be All You Can Be

Eventually I joined the Army National Guard. I loved all the advertisements about how you could “be all you can be.” I imagined shooting guns, and setting off bombs, and fighting for the United States. I just always had a fascination with the military. I served as an administrative specialist, and I loved it. I loved everything about it. When you put that uniform on, you get respect. It was the most challenging thing I’ve ever done in my life, and also one of the most fulfilling.

I always dreamed of being a wife and mother, of having a family and living in a big bright house with a lawn. Before we were married, my husband was my neighbor; he lived right across the street. He was a fun person, and great with kids. He loved me, and I knew it. We were married 14 years when he had a pulmonary embolism and passed away. That was a long time ago now.

The Debt Kept Piling Up

Maybe it was because of everything I lost in the fire – I don’t know – but after that I started using my credit cards to buy things. Girly stuff, really; clothes, shoes, a car. It was mostly little things, and the occasional big purchase. It was just nice to have things I liked.

Well, the debt kept increasing because they just kept giving me more and more credit to spend. I take care of my daughter, and a lot of other people too. I’m a very caring person, and I used the money to help out a lot of people. I did a lot of traveling, and I paid a lot of bills.

But things started to get out of control. I was making payments on the credit card bill all the time, but they just weren’t getting paid off fast enough. They were getting bigger, faster than I could pay them all. For several years, I put in my time and tried to pay them off a little at a time. It just didn’t work fast enough.

For all that time, I was working. Like I said, I worked all my life. But then I got sick. I got arthritis in my shoulders and in my knees, and it was harder to move around. I got a thyroid disorder that caused me to gain a lot of weight, and that made things even tougher. It was a bunch of different things, different problems and illnesses, that just kept coming. Eventually, I didn’t know anymore how I could continue to do my job. I needed to get my living expenses under control because I wasn’t sure I’d ever be able to go back to work.

What Doesn’t Kill You Makes You Stronger

The debt made it feel like I had lost my freedom. You hear about people doing crazy things like committing suicide because of their debt. I needed to clear mine so that I would be able to move on, live my life, and just be free for a change. And if I wasn’t going to be able to pay them, what was I going to do? If I couldn’t work to pay the debt, I knew I had to file a bankruptcy.

I learned about bankruptcy a long time ago. I worked at a Home Depot, and we were supposed to ask customers if they wanted to apply for a Home Depot credit card. They’d say, “Oh, I can’t get a credit card because I filed for bankruptcy.” But then I’d run the application and they’d be approved, and they’d be surprised. I worked in a lot of places where people would tell me they weren’t eligible for a credit card, and I saw it work out for them. I knew a lot of people who had filed bankruptcy, and they were really happy afterwards.

When it came to my own bankruptcy, I didn’t have any choice in the matter, really, but I wasn’t scared. I was thankful that the option was there for me. I’d seen people get better credit scores like six months to a year after a bankruptcy, and I thought that was not such a bad thing. In fact, I thought it was pretty decent if it meant I’d be able to overcome the situation I was in.

I called the neighborhood legal services, and went down there to talk to a lawyer about filing for bankruptcy. They recommended the Upsolve program. I thought it was exceptional: easy to understand, and with online chat support and quick, easy phone calls. I even had the flu while I was doing it all, so I was sick and a little foggy, but it still wasn’t difficult. It actually went very quickly.

Gratitude for Getting My Life Back

Afterwards, I was so happy. I’m a very, very happy person now. It feels like a weight has been lifted off of me. I kind of feel like I was born again. To tell you the truth, sometimes I do miss my credit cards. But now, if I get something, I know it’s mine. I don’t worry about having to pay for it next month or whatever.

I’ve gotten a lot more careful with my spending habits. Just because someone will give you a credit card doesn’t mean you have to get it. One card, maybe two is more than enough. It’s a lesson I learned, and I’m trying to pass it on. I’m trying to teach my daughter how to do these things. I didn’t know she was in trouble with her debt – I actually just found out a couple of weeks ago. She’s considering bankruptcy now, and I told her, “Well, if you have to, it’s a good way to get back on your feet.” She just had another baby, and so she’s got to do what’s best for herself and her family.

It was one of the best things I could have done for myself. I feel so blessed when I wake up in the morning and I know the good Lord is looking out for me. I wake up and I’ve got my health, I’ve got family members who love and care about me, I’ve got friends.

The Lord makes a way; I believe that. The Lord made a way for me to solve my financial problems and move on and be free. I’m just thankful for everything, and I start every day with gratitude just for waking up, because that’s not a guarantee for anybody.

Now that I have my financial freedom back, there are a lot of things I’m looking forward to. I raised my daughter single-handedly, and she’s my greatest accomplishment in life. Now, I get to spend my time with her and with my grandkids. I’m always hopeful for my health; all the money in the world can’t buy your health or sanity.

I’d like to do some more traveling. The United States is a really big place, and there’s so many places to visit. I’ve seen and been to a lot of places, but when you’re a grandmother you want to go all over again so you can show these things to your grandkids. I can’t wait to show them Niagara Falls.

The biggest thing I hope for myself now is that I’ll be able to help people. I tell everyone about my positive experience with bankruptcy; how easy it was, and what a good thing it’s been for my life. If I can help someone who’s afraid understand how it can be such a positive thing, then I’ll be making a difference.