Transparency is one of our nonprofit’s core values. That’s why it’s important to us that you know how Upsolve stays free, how we spend our money, and who owns Upsolve.

Transparency is one of our nonprofit’s core values. That’s why it’s important to us that you know how Upsolve stays free, how we spend our money, and who owns Upsolve. If you want to know why we started Upsolve, here's my story. And here's a video of me talking about the two most important lessons I've learned building Upsolve at the 45th Anniversary of the Legal Services Corporation.

How is Upsolve free?

Upsolve is free for three reasons. First, we receive funding from the Legal Services Corporation, a government-funded nonprofit established by the U.S. Congress. We’re lucky that Congress believes that low-income people should receive free access to their legal rights. We receive funding to build and maintain our free tool.

Second, we receive funding from charitable foundations and individuals. Some of these individuals are wealthy people who want to give back. Some of them are Upsolve users who want to pay it forward. These include leadings foundations like the Robin Hood Foundation, the Hewlett Foundation, and the New York Bar Foundation. They also include individual donors like Eric Schmidt, the former CEO of Google, Chris Sacca, an early investor in Instagram, Uber, and Twitter, and Jim Breyer, an early investor in Facebook. 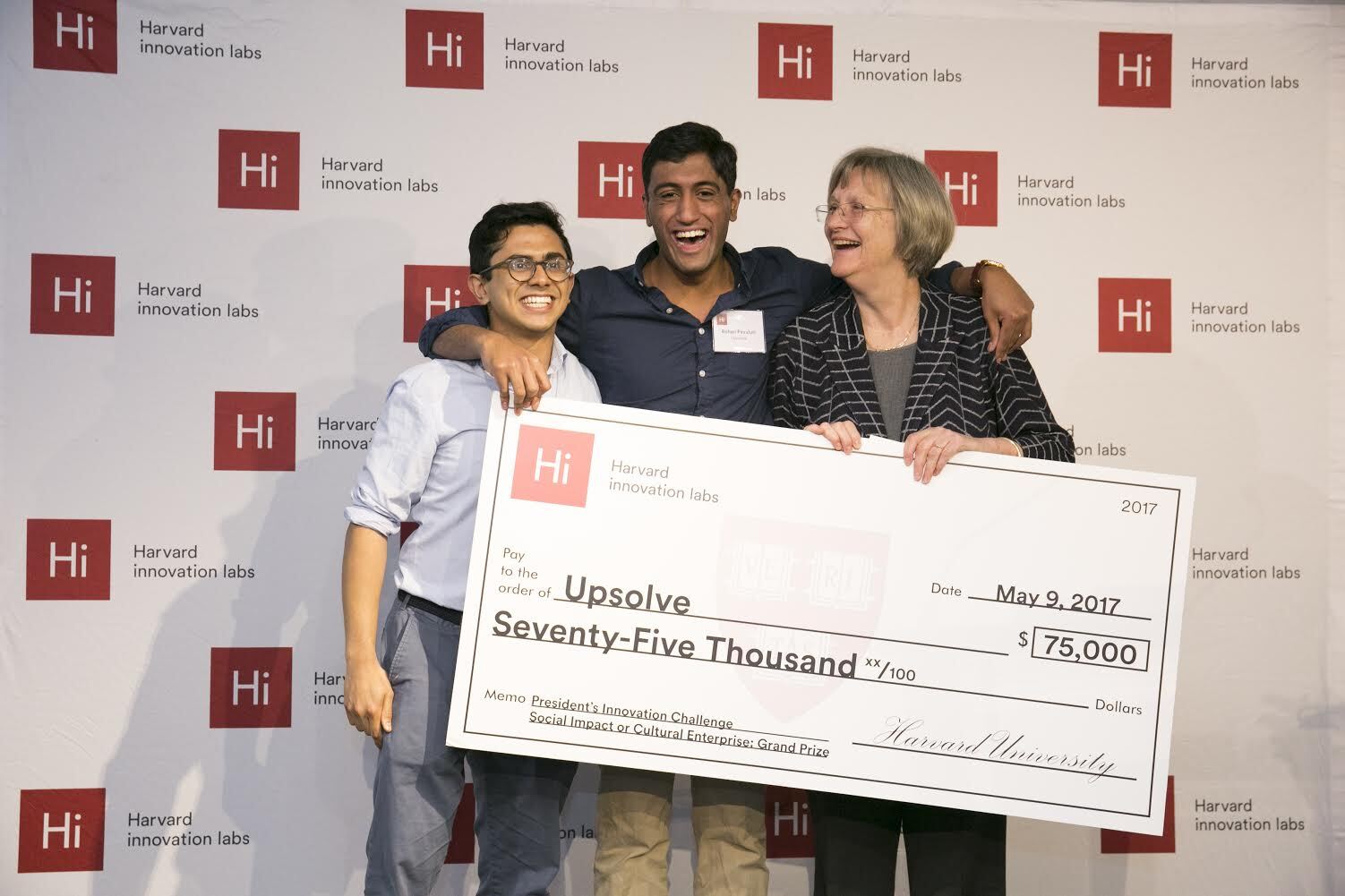 Third, we receive funding from private independent attorneys who provide free evaluations to people on our website who ask for them. This is important because we recognize: (1) only an attorney can give you legal advice, (2) only an attorney can tell you whether you should file for bankruptcy or not, and (3) our self-service software tool is not a good fit for everyone. Read more about the limits of who we can help. We make no representation of the quality of these private attorneys and they have no affiliation with Upsolve. Many people decide, following a free evaluation, not to file for bankruptcy, or, if they qualify for our tool, to use it for their bankruptcy.

To be a more effective, sustainable, and impactful nonprofit, we believe it's important to generate earned revenue. Read more on why. In 2020, about 70 percent of our total revenue came from government funding and charitable donations, and about 30 percent came from program service revenue.

How does Upsolve spend money?

Our number one expense is salaries. Running a technology nonprofit is expensive, as it requires a specialized set of skills that we need to hire for. We also spend money on our office rent, traveling to conferences, insurance, software, and marketing. We spend a small amount of money on accounting and bookkeeping, team building, and office supplies.

We’re a nonprofit. This means that the American people own Upsolve. You own Upsolve just as much as I do.

"Given that we'll never be able to provide a free lawyer to everyone who needs one, particularly during the tidal wave of bankruptcies expected due to COVID-19, we must create a system that empowers individuals to access the rights they're guaranteed when they cannot afford legal fees."

"The income tax system is extremely, extremely complex. Much more complex than the bankruptcy code. But yet we have TurboTax...I don't understand why we can't do something similar to that for simple Chapter 7 bankruptcies."

- Judge Henry Callaway, Chief U.S. Bankruptcy Judge for the Southern District of Alabama and co-author of “Too Broke for a Fresh Start” with Upsolve co-founder Jonathan Petts

Rohan Pavuluri is the volunteer Board Chair of Upsolve, one of America's leading resources helping low-income and working-class families overcome financial distress. Pavuluri served as CEO of Upsolve until May 2022. He graduated from Harvard College in 2018 and was named to the T... read more about Rohan Pavuluri