Absolutely. Whether you’ve just been served with a lawsuit or already had a judgment entered against you, filing for bankruptcy protection can bring relief.

Once a debt collection lawsuit is filed, it’s almost impossible to stop it. Your options are pretty much limited to:

The Bankruptcy Code does put certain limitations on the automatic stay protections. The types of civil lawsuits that continue even after a bankruptcy proceeding is filed include:

Both foreclosures and evictions typically involve a lawsuit in the state court. Filing bankruptcy will temporarily stop a foreclosure or eviction, but it’s not a permanent solution.

For more, check out these articles in our Learning Center:

If I can fight the lawsuit why wouldn’t I do that instead of filing bankruptcy?

If you’re sued for an unpaid debt, whether that’s a credit card or a car loan, fighting the lawsuit typically just delays the inevitable. If you borrow $2,000 and then don’t pay it back, you don’t have much in the way of defenses. If you don’t think the debt collector is owed the money, definitely make them show their proof. 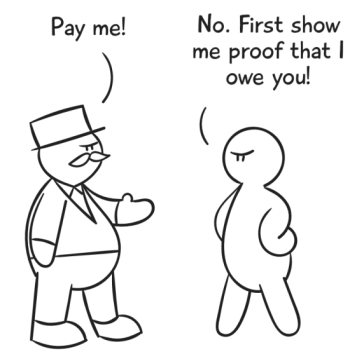 Keep in mind that as long as the debt collector can show that you incurred the debt that’s owed to them, there aren’t many legal defenses to non-payment. If there’s no reason to believe that the debt you’re being sued for is invalid, it’s probably more effort than it’s worth.

What about filing bankruptcy after losing a lawsuit?

Whether you’ve just been served with a summons and complaint or the case has been concluded and a judgment entered against you, filing Chapter 7 or Chapter 13 bankruptcy will stop the lawsuit and related collection actions. This also works if a default judgment has been entered.

Getting garnished? Bankruptcy will stop that too.

Typically it doesn’t take long for judgment creditors to ask the court for authorization to garnish your wages. If a bankruptcy filing is already in the works, it usually makes sense to submit your petition to the bankruptcy court before a garnishment starts. Stop it before your employer even hears of it and - more importantly - before any of your wages are garnished.

If the garnishment has already started, bankruptcy law stops it and protects your future wages.

If the lawsuit was based on a claim of fraud or other bad acts, the lawsuit debt may not be dischargeable in bankruptcy. If you’re subject to a fraud complaint, your best bet is to get a knowledgeable bankruptcy lawyer to advise you on your best course of action.

Calvin
★★★★★ 1 day ago
Absolutely beautiful website, program, service, people. Upsolve team and all affiliates, thank you from the bottom of my heart for offering this service! This made filing far less stressful and answered every question I had without requiring an attorney.
Read more Google reviews ⇾

What’s a judgment lien and why should I care?

A judgment is a court order. This court order can be turned into a judgment lien that can attach to real estate like your home. The process for this depends on state law. Judgment liens can turn your unsecured debt (like credit card debt) into a secured debt. A bankruptcy judge can make a judgment lien go away if the only real property you own is covered by an exemption.

What happens if I sue someone before I file bankruptcy?

If you have a lawsuit pending against someone else, the lawsuit is considered an asset of your bankruptcy estate. The most common situation where this happens is for personal injury cases. The bankruptcy trustee handling your Chapter 7 bankruptcy will step in your shoes and take over the personal injury suit.

The federal bankruptcy exemptions and some of the states protect personal injury claims, at least to a certain amount. If you’re in an opt-out state and have a personal injury case against someone (even if it’s not been filed yet), make sure you speak to a bankruptcy attorney. They’ll be able to explain how bankruptcy law may or may not affect your case. This is especially important if you have ongoing medical bills you’re hoping to pay with money from the lawsuit.

What happens if you sue someone and they file bankruptcy?

If you’ve been sued by a creditor because you can’t pay your debts, filing bankruptcy will stop the lawsuit. You can also file bankruptcy after you’ve already lost the lawsuit and a judgment has been entered against you.

Jonathan Petts has over 10 years of experience in bankruptcy and is co-founder and Board Chair of Upsolve. Attorney Petts has an LLM in Bankruptcy from St. John's University, clerked for two federal bankruptcy judges, and worked at two top New York City law firms specializing in... read more about Attorney Jonathan Petts